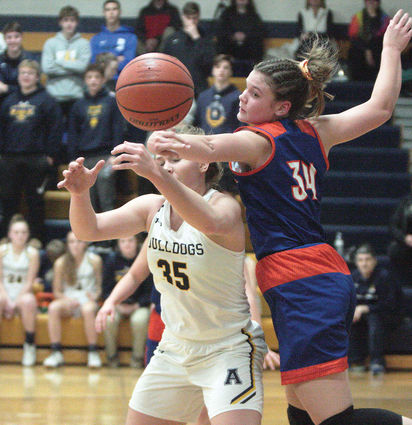 The most highly anticipated match up of the Girl's Basketball season turned into a one sided affair as the Eastland Cougars "stole" the victory from Aquin on the Bulldog's home floor 69-54.

Coming into the game there was a question regarding how much Addie DeMichele would be able to play after she rolled her ankle earlier in the week, but the drama was overblown as DeMichele got plenty of minutes – scoring seven points in the game.

"It's possible that Addie being hurt had something to do with this, but we had seniors on the floor who should have taken care of the ball better," said Bull...