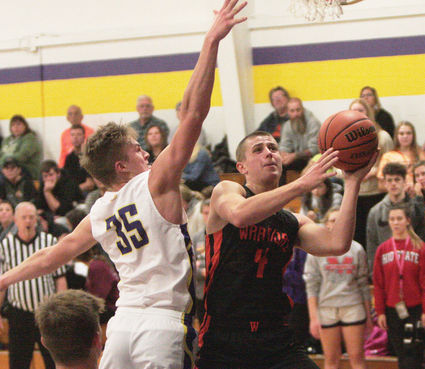 Ethan Williams of Warren avoids the block attempt to put up the reverse layup.

The Broncos came into the contest on a three game winning streak to open the season, while Warren was coming off a flat performance at Lena where the Panthers spanked them unceremoniously. But the two up and coming athletic teams were deadlocked at 36-36 after three quarters of play Wednesday night in Orangeville.

Zach Baker broke the tie with an old fashioned three point play on a power move in the paint against the Warrior 1-2-2 zone defense, but Ethan Williams returned the favor a minute later to knot things back up at 39-39. That's when it got interesting.

Warren had been shifting bet...