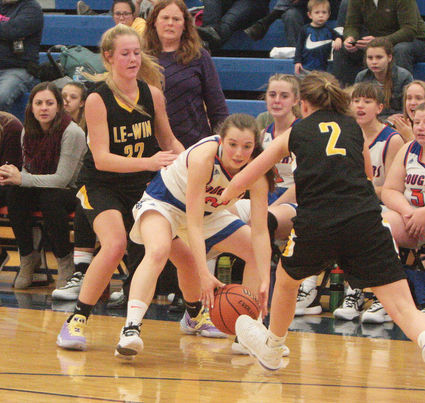 Erin Henze riddle the Panthers for seven three point baskets to lead the Cougars to the 63-27 opening night win.

One team had everybody back from the group that went to the final four in Bloomington last year, while the other lost several seniors, had a starter who sat out last season for club volleyball, and two more who transferred in from Stockton.

"This was ugly," said Panther head coach Dennis Huttenlocher after his team got drubbed 63-27 by Eastland in the non-conference opener for both teams.

At the outset, both teams looked completely out of sync as there were more creative turnovers than you'd ever expect to see at the varsity level. You had over...