'Arndt' They Glad She's A Bulldog 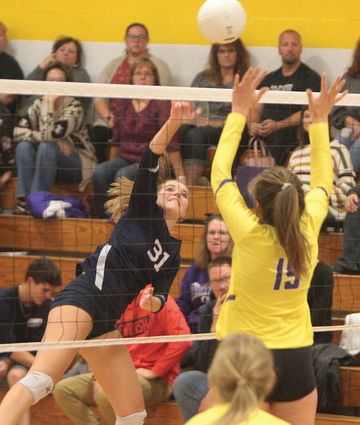 Aquin freshman, Lucy Arndt, isn't playing like a freshman as she led all players with 13 kills against Orangeville.

Aquin freshman, Lucy Arndt, is one of those budding young stars that has burst on to this year's volleyball scene as a player opponents will need to contend with in the future. But following her 13 kill performance Wednesday night in Orangeville, the future seems to have already arrived.

Not much was expected out of the conference battle between the two teams who will be seeing a lot of each other over the next two weeks, but somebody forgot to tell Orangeville that as the Broncos played an excellent match in front of their whooping "Redneck Night" crowd.

"We took them too lightly coming...