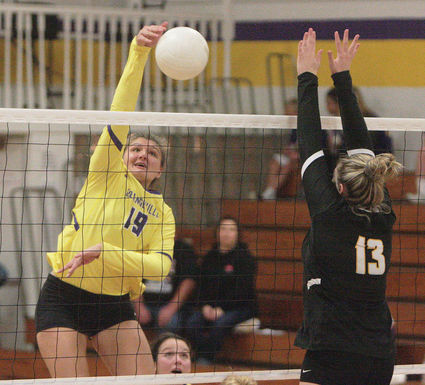 Grace Edler records one of her six kills in game two action against AFC.

The hits just kept on coming in Orangeville Thursday night as the Broncos made quick work of sweeping past the AFC Raiders in a 25-19, 25-14 conference win.

But the main story of the victory were the hitters for Orangeville – which made up quite an extensive list.

"We were having a problem with being too timid with our hitting," said head coach Abbi Rillie. "So we worked on making strong hits and not pulling back or going with a roll."

Five different Broncos had more than one kill on the night, but what made it even more impressive was that all of them also had kills in both games.