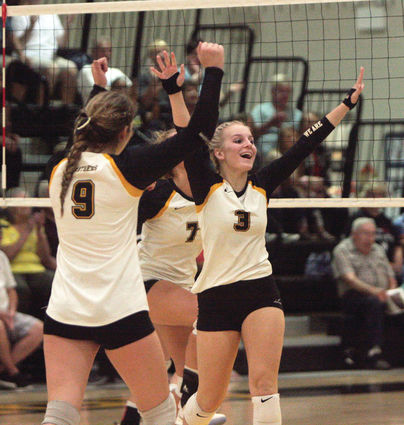 Let's be honest, ever since their victory over Dakota at home, the Lena-Winslow Panthers had not been playing up to their potential ... in fact, opposing teams were hoping to play them now – before they got back on track.

"This was so much better than the other night," said head coach Sue Amendt. "You could see more smiles on the court. The pressure is gone. I think they realized we need to just be in the moment and stop worrying about next week, or next month."

Following a "refocus" meeting in practice, the Panthers stepped out onto the floor a...