Pearl City Opens With A Win 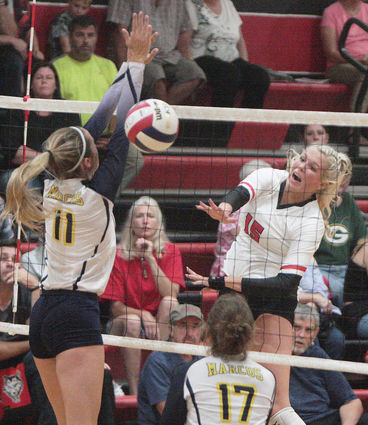 Pearl City's Savanah Brandt led all players with nine kills in the match.

It was the kind of match that, in years past, the Wolves would have probably lost. Polo came in with a collection of solid hitters, and had a height advantage that they used well to claw their way out to the early lead in game one.

But this is not the same Pearl City squad.

There was no panic, there was no obvious look of players eyes caught in the headlights, in fact the biggest nerves were on the bench.

"Oh I was scared to death," said JV coach Josee Pickard, who was taking over the varsity team because head coach, Jane West, was dealing with a family health situation. "But it was also...