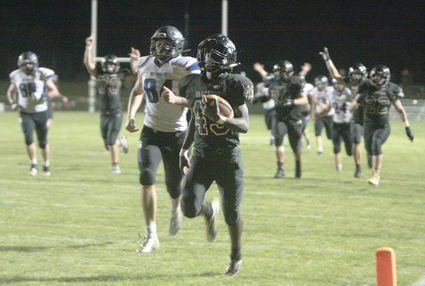 Everybody knew Lena-Winslow was good, but nobody thought they were THIS good.

What is typically their weakest outing of the season – the opener – proved to be an incredible display of passing prowess for the Panthers that began with their very first possession and continued on both sides of the line of scrimmage until the running clock was started at the 9:10 mark of the third quarter in a 50-6 romp.

EPC was held to an initial three and out on their first series. And after Isaiah Bruce plowed his way through and over EPC defenders to give the Panthers a first down at the eleven, sopho...