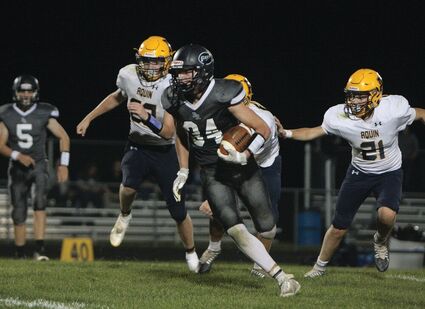 George Winter riddled the Bulldogs with three touchdown runs and a key sack late in the game.

The calendar and weather may indicate it's still summer, but at River Ridge High School fans were glad it was Winter time.

Despite entering the game winless so far this season, the Wildcats found out all they needed was some home cooking as they played on home turf for the first time in four weeks and fought off the Aquin Bulldogs 46-42 to get their first win.

The Wildcats found the friendly surroundings much to their liking as they scored on their first two possessions of the game and both came courtesy of George Winter. After a couple of short gains, Winter used a couple...