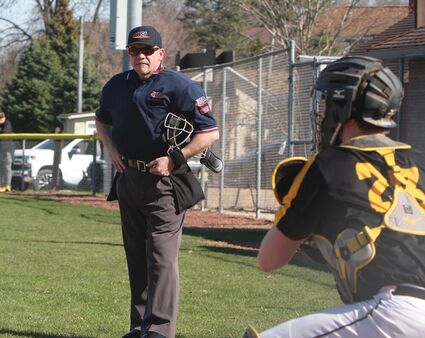 The region is going to lose a great one as Tom Plaster revealed that this is his last season - after 29 years - behind the plate. "I've got grand Babis" he said. We wish him the best, and he will be missed.

The Wildcats were giving the Warhawks all that they could handle as the game stood tied at 4-4 after three innings.