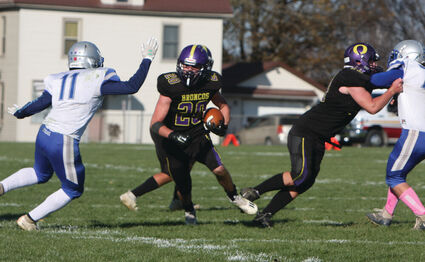 For the first time in more than three decades, Orangeville Broncos fans will get to cheer for their team in a state championship football game.

It's been 32 years since the Orangeville Broncos brought home a state championship in 1989, but another one could be on the way although in a different league as the Broncos will face Polo on Friday to determine who is the best team in the 8-man football league in Illinois. The Broncos defeated the Amboy-Lamoille Clippers 34-12 on Saturday in the semi-finals to earn that right.

Obviously the kids that make up this season's team wer...