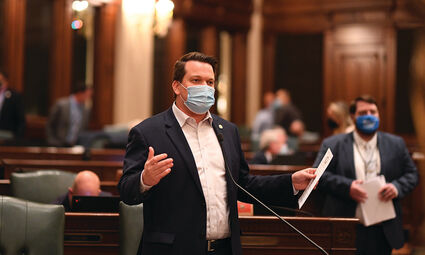 State Representative Andrew Chesney (R-Freeport) didn't waste any time, along with his Republican counterparts, in panning action taken by Illinois House Democrats in making appointments to the Public Safety & Violence Task Force as an "attempt by Democrats to provide cover for the terrible pro-criminal policies they have enacted over the past year."

Despite Chesney's appointment to serve on said Task Force, he criticized its recently "un-idled" status as, "nothing more than cover for Democrats to pretend like they can fix a problem which they created through the January passage...