Pantherhawks Fall To 3A Power 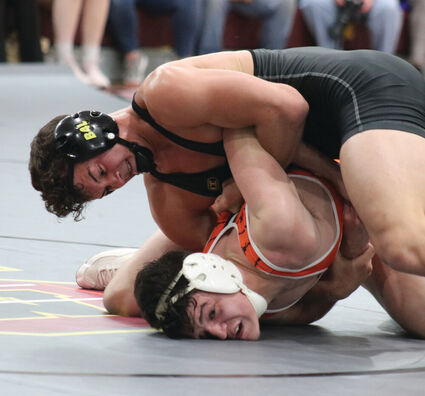 Jason Hermann claimed a hard fought 5-0 decision win in his battle with DeKalb.

The Lena-Winslow/Stockton Pantherhawks had been breezing through the competition as they awaited the annual showdown with Dakota. But if they really wanted to challenge themselves ... they needed to take on a tougher opponent – so last week they moved up a class to challenge both Freeport and DeKalb. And while Freeport is still building their program and was not much of a challenge, the DeKalb Barbs handed the Pantherhawks their first defeat of the season.