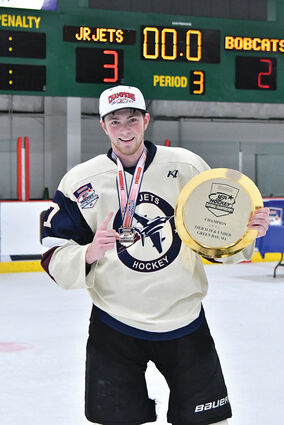 Cade Janecke has had your typical Spring sports season. Not only was he an all-conference football player for the Orangeville Broncos, and is currently a major stud on the Bronco baseball team, he was also playing hockey up in Wisconsin on the U18 Jets hockey team out of Janesville. So, for about three weeks, Cade was practicing and/or playing football, baseball and hockey all at the same time ... in addition to finishing his senior year at Orangeville High School.

But all of that hard work has been paying off – especially on the ice – where his team – which was ranked fifth in the n...