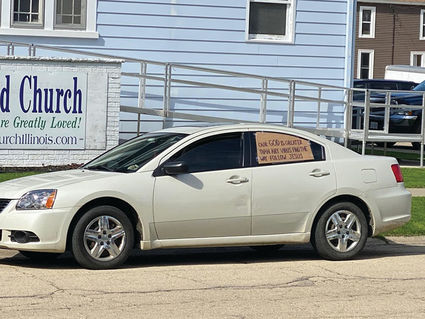 A car parked outside Beloved Church in Lena on Sunday morning displays a homemade sign indicating "only God is greater than any virus." Parishioners at the church attended a service there Sunday in defiance of the governor's stay-at-home order that limits gatherings to fewer than 10 people. (Credit: WREX TV of Rockford)

A federal judge in Illinois ruled Sunday that Gov. JB Pritzker's stay-at-home order is constitutional, even though it interferes with people's right to gather in large numbers for worship services.

In a decision that came just three days after the complaint was filed, U.S. District Judge John Z. Lee acknowledged that the freedom of religion is a "foundational" right and that the order does, in fact, interfere with the free exercise of that right.

"But even the foundational rights secured by the First Amendment are not without limits; they are subject to restriction if necessary to further c...