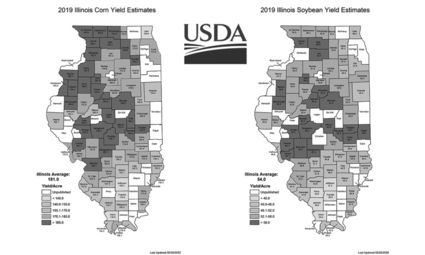 Central Illinois counties led Illinois in corn and soybean production last year as every region and nearly all counties saw decreases in both crops, according to estimates released last week by the U.S. Department of Agriculture.

Both production and yields for corn and soybeans fell in nearly every Illinois county for which the USDA has data for the past two years, according to an analysis by Capitol News Illinois.

The USDA published county-specific soybean figures for 75 of 102 counties and corn figures for 67 counties. Remaining counties were lumped into regional totals. All nine of Illi...