Welcome To The Big Boy Club 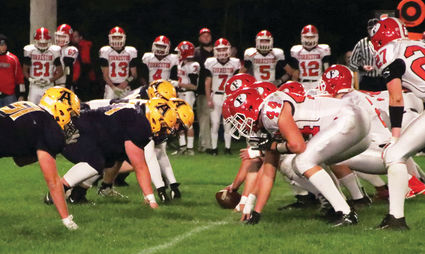 Forreston found out what many Aquin opponents have this season - the biggest muscle that matters, is the heart.

For the first time in 5 years, the Aquin Bulldogs walked off the field Friday night as conference champions.

They also are 8-0 for the first time since 2012 as they defeated the reigning state champion Forreston Cardinals 36-30 in a thriller that wasn't decided until the last minute of the game. The teams battled back and forth for the conference title as the Cardinals entered Conley Field in Freeport with a 6-1 record, key RB/LB Ethan Mulder returning after injury and in a sour mood after losing to Lena-Winslow last week.

None of that mattered, however, as Aquin's offensive playmakers co...