Speaking Through Their Souls 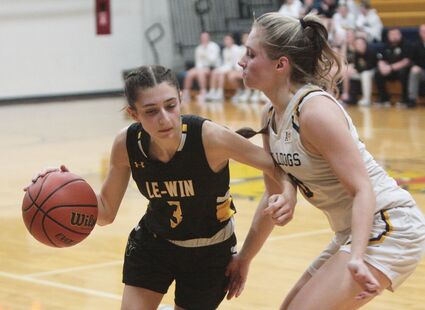 Panther freshman, Mia Diffenderfer, has played a major role in handling the ball for the Panthers since Tiana Esser's injury.

The Lena-Winslow Lady Panthers got a big win over Aquin Wednesday night, and a major factor in the victory was the new implementation of a lob pass that was made by Alyssa Daughenbaugh into Grace Groezinger down on the block in the paint.

But how do you know when to throw it? Was Grace calling for it, or did you see something?

"We speak to each other through our souls Dan," Groezinger said matter of factly.

Whatever soul speaking was going on, it worked, and worked repeatedly as the Panthers were able to feed the ball to Groezing...