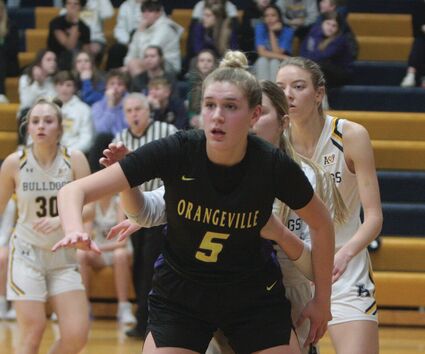 Whitney Sullivan tallied 20 points in the game to lead all players.

The Orangeville Broncos may have been leading the NUIC North, but they had fallen to Aquin at home in their first meeting. So, the rematch Tuesday night in Freeport meant a lot if the Broncos really wanted to be sitting among the are elite.

Aquin was almost giving the game away early as they turned the ball over on their first three possessions – each one leading to a Bronco fast break the other way. But the real test was going to be how the Broncos fared against the Bulldog "junk" defense.

When they first met, the Bulldogs used a box and one defense that befuddled the Broncos, and they...