We Don't Want To Be Done Yet 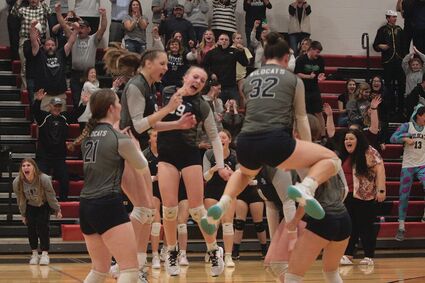 As the ball hit the floor for the final point in game three, the River Ridge Wildcats and their fans all erupted in celebration.

The match was over.

River Ridge had come out far too excited in game one, making far too many hitting errors in a 25-16 loss, and now sat staring up at the wrong end of an 18-12 score in game two as Ottawa Marquette was in firm control with a kill that forced the Wildcats to take their final time out.

"We were so excited and nervous about being here," Gwen Miller admitted. "We needed to relax."

As the Newark student section filed into the gym, they even noted that, "this one will be over soon".