End Is Nye For Wildcats 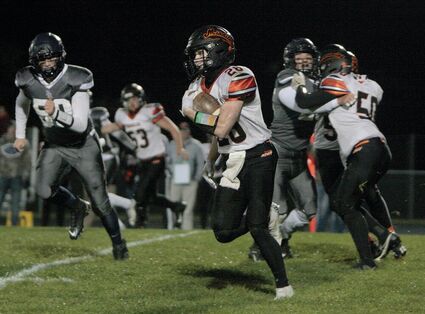 Sitting with a 3-4 record, the River Ridge Wildcats were tied with three other teams for the 16th and final playoff spot in the Eight-Man post season tournament, so a win was needed – and needed badly.

Unfortunately, River Ridge was playing host to the Milledgeville Missiles.

Milledgeville's junior quarterback, Connor Nye, didn't take long to crush whatever Wildcat hopes were held for pulling off the upset.

On the first Missile possession, Nye connected with Kacen Johnson for a 14 yard touchdown pass, then ran in the conversion himself.

On the second possession, Nye broke free on a 28...