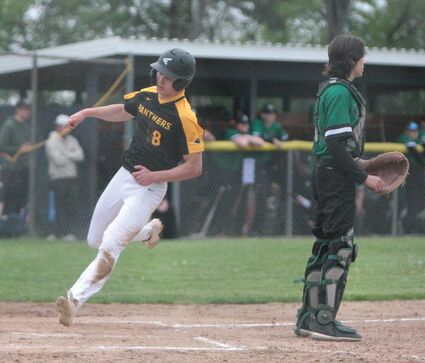 The Panthers scored early to claim the 2-1 lead, and never looked back as they pulled away for the 6-1 win.

Lena-Winslow head coach Nick Werhane had plenty of worries going into the Panther's Regional semi-final against Alden-Hebron, but all of them proved to be pointless as his squad played an excellent defensive ball game in cruising to the 6-1 victory and a date in Saturday's Regional championship.

We're officially changing Drew Streckwald's name to Drew Sit-em-down as the junior threw four strong innings – striking out five. Alden-Hebron jumped out early to a 1-0 lead in the top of the first inning, but Lena-Winslow took control as soon as they came to bat.