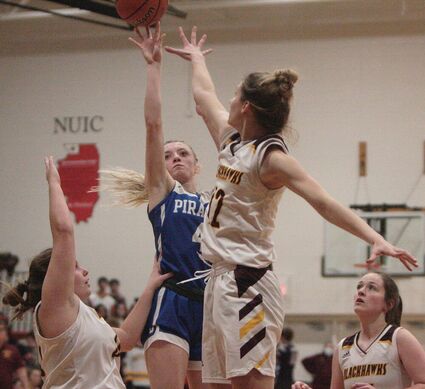 Everyone agreed on the scouting report – don't let the Pirates penetrate into the paint. In order to win, you need to force Galena to shoot from the perimeter where they are streaky at best.

But the other scouting report was pretty consistent too – press the snot out of the Blackhawks and don't let them get into their half court set where Brynn and Kenzie Haas can kill you.

So, what you ended up with was a classic battle between two teams that knew each other really well. The difference was, Galena was able to hit from the outside as they claimed...