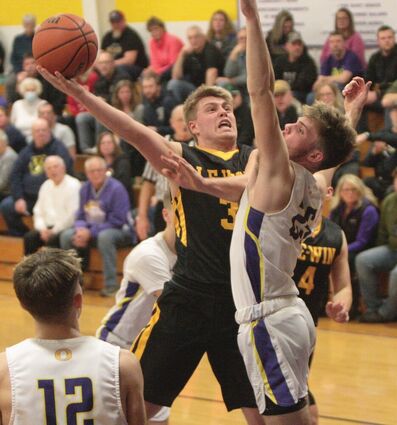 The one certainty that came out of Monday's conference battle between Lena-Winslow and Orangeville, was that the Panthers can't match up against the Broncos in man.

After a sloppy but close first quarter, Lena-Winslow went away from their 1-3-1 zone defense and played straight man-to-man against the Broncos. But aside from a third quarter burst, the Panther offense couldn't keep up as Orangeville pulled away for a convincing 51-33 victory.

When the game began, the Bronco's advantage in quickness was already evident, but they weren't able to exploit it as the Panther zone defense limited t...