Colder Than The Weather 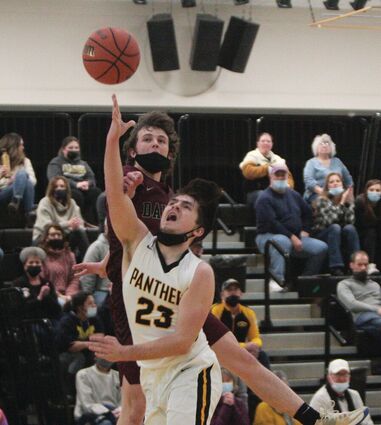 On paper, the game shouldn't have been close. But games aren't played on paper.

The Lena-Winslow Panthers did just about everything they could to give a game away to the Dakota Indians Friday night, and Dakota finally accepted the gift in the fourth quarter to claim a huge 38-33 victory that made their season.

How did it happen?

Well, when your two leading scorers, who both average double figures are held to a grand total of four points in the game ... (two points each) you don't need to look very far for explanations.

Lena-Winslow out hustled, out fought, and out played Dakota for thre...