Witness To The Execution 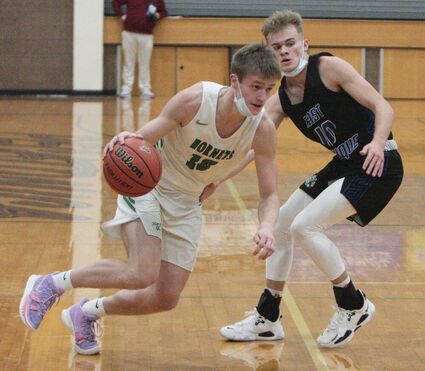 Ben Vandigo scored 25 points to lead the Hornets to the blow out win over East Dubuque in the championship game of the Pecatonica MLK Tourney.

As good as the Scales Mound Hornets are, there was still a major hurdle they had not cleared ... ever.

Never in their varsity careers had any of the starting five seniors ever beaten East Dubuque, and although heavily favored when they met in the championship game of the Pecatonica MLK Tournament Monday night, the intensity to open the game was obvious.

The Hornets took little time in grabbing the lead, then never let it go. East Dubuque had no answer for how to stop Ben Vandigo, and the Hornet's leading scorer made them pay, and pay often. Two drives into the paint ended in short bank s...