Wiegel Gets A Warning 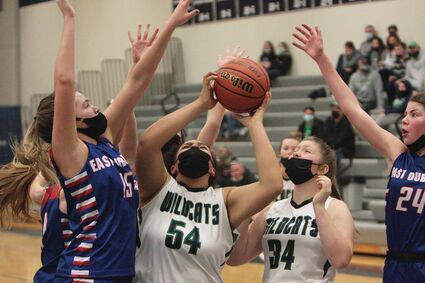 Sydney Driscoll had to work for it, but she led all players with a 17 point performance.

Anybody, and everybody, who knows RR/SM Girls Basketball coach David Wiegel would be the first to tell you ... he is a really nice guy. You could tease him, joke around, and never worry about offending his sensibilities because he simply was not the type of man to get mad. He was more along the lines of a man who bought you a pop and candy bar just because you were at his school to cover his kids.

But at the 5:21 mark of the second period of their conference basketball game against the East Dubuque Warriors, Mikayla Bass was bringing the ball down on a fast break when she got hammered goi...