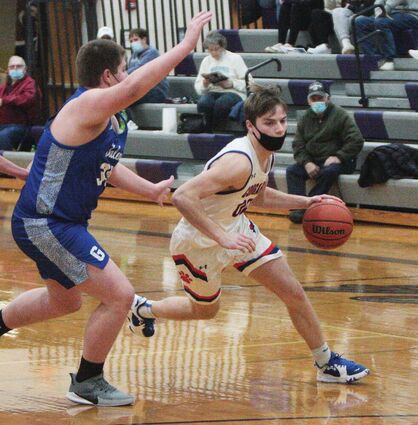 Galena had no answer for Kellen Henze who was also draining the long three on a regular basis as part of his 25 point effort.

The Eastland Cougars took on the Galena Pirates in the third place game of the Pecatonica MLK Tournament, but based on what we had seen out of the Pirates and Cougars ... we honestly thought it would be a Pirate win. A nice close one, but still a win.

The Pirates had given the Hornets their closest challenge this season, while the Cougars had dropped two thirty point games to Scales Mound, and Galena also made the finals of the Eastland Holiday Tournament. With Hefel, Glasgow and a talented cast, the Pirates were expected to struggle against the driving mastery of Kellen Henze, but ... whe...