Power In The Paint 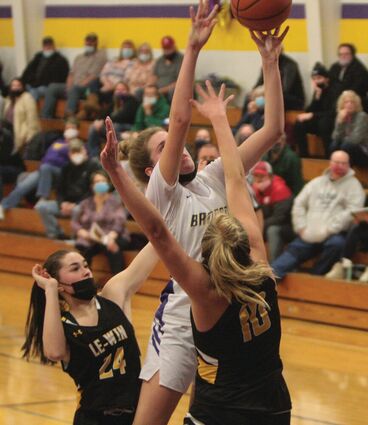 Orangeville's Whitney Sullivan was hard to stop as she led all players with a 15 point performance against Lena-Winslow.

Most students aren't old enough to remember this, but it wasn't that long ago when there was no three point line in High School basketball. Every basket was worth two points – no matter how far away you shot from – which made the game pretty easy ... you got it inside as much as possible.

Tuesday night's conference battle for first place in the north between Orangeville and Lena-Winslow took fans back to those long forgotten days ... not by choice, but because nobody could hit anything from the outside.

Orangeville and Lena-Winslow combined to make 1 – only one – of 18 shots from...