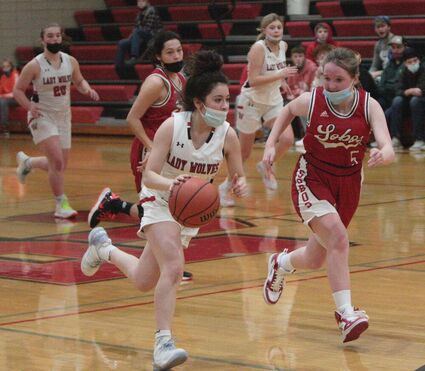 The Pearl City Lady Wolves were never challenged by South Beloit in their non-conference basketball game Monday night in Pearl City. In fact, if they had wanted to, the Wolves could have dropped eighty on the Sobos who were out-manned at every position.

From the first quarter on, Musser was subbing his entire starting lineup out, and putting in an entirely new team. Not because the starters were not executing, but instead he saw the game for what it was – a teaching opportunity.

"I told them in the locker room we needed to take...