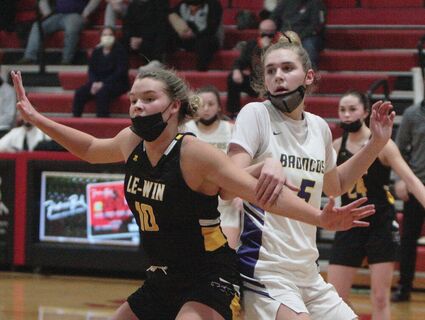 As the Orangeville Broncos took on the Lena-Winslow Panthers in the third place game of the Pearl City Tournament, both teams seemed to be alike in many ways. They both had size, they both had veteran leadership and young stars, and unfortunately ... they were both poor shooting teams.

The goal before the game for Panther head coach was a simple one.

"If we put the round orange thing into the orange hoop, we should be okay," he said.

But he was being serious. When the Panthers hit from the perimeter, they have looked unstoppable, but when they have struggled ... it has been an adventure....