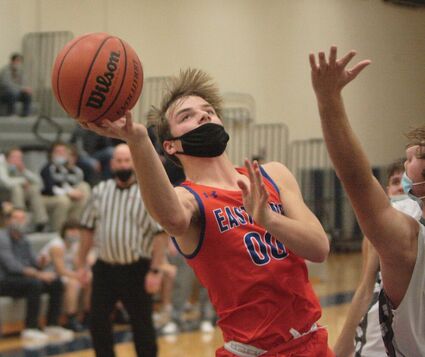 You could tell that the Eastland Cougars were playing in their fourth game while River Ridge was only in their second as the Wildcats had several communication issues where a backdoor cut was expected, the pass was made, but the cut didn't happen.

But you also saw a lot of mistakes defensively by the Wildcats, and with Kellen Henze running the point for the Cougars, he repeatedly made them pay.

"Kellen's a great player, I don't want to take anything away from him," said River Ridgehead coach Shean Albrecht. "But we made so many mistakes defensively. Our zone defense is not like everybody...