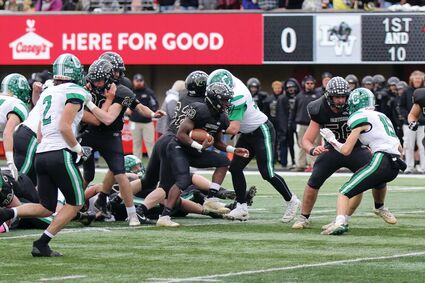 While the television announcers were gushing over the exploits of Marey Roby during the Panther's State Championship victory, what couldn't be overlooked was the incredible road Marey had to take in order to once again be on the field – let alone making such big runs for the Panthers.

As many remember, in the first game of the Spring season down at Princeton, Marey caught a screen pass with the score tied at 14-14 in the second quarter against Princeton, when he was hit low and awkwardly.

The hit broke his leg – seriously broke it – to the point where a rod and several pins had to b...