Do You Know Us Now? 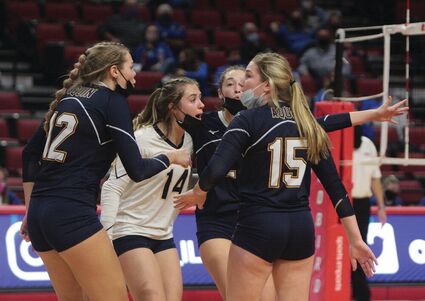 In the first semi-final of the IHSA 1A Volleyball state finals, the Aquin Bulldogs were considered the "cannon fodder" to Champaign St. Thomas More. After all, the Sabers had three players on the floor who had already accepted Division I scholarships to play at the next level. And these weren't low level Division I, we're talking Ohio State (Anna McClure), Tennessee (Caroline Kerr) and Illinois Chicago (Colleen Hege). In addition, the argument could be made that the Sabers should have been in the 2A or even 3A tournament, but the IHSA had lowered the multiplier for private schools this year...