Some Lessons Are Tough 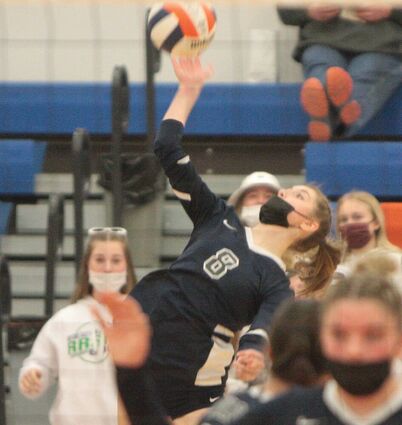 Gwen Miller got River Ridge off to a strong start with three ace serves and six straight points as her jump serve gave Fulton fits.

The River Ridge Wildcats Volleyball team is owed an apology. When the season began, and we did our Fall Sports Preview, we didn't think they would finish higher than maybe fifth in the NUIC West ... little did we know.

Behind the first year exploits of coach Brittany Sinagra, the Cougars lost their first seven matches, then ... suddenly ... began to "get it". With only one senior in the starting lineup, the young Wildcats found some stars in the form of Addison Albrecht, Gwen Miller and Sadie Fry, claimed third place in the NUIC West, and came into the Eastland Regional against the heavily...