Not Much Of A Warm Up 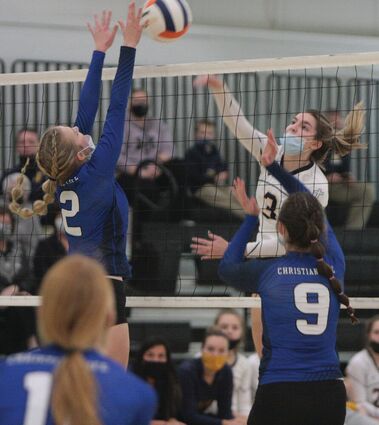 Elyse Luecke drills one of her three kills during game two action.

Aquin Volleyball coach Robyn Stovall was only able to come up with one thing she was disappointed in after her Bulldogs had completely dominated their Regional semifinal battle over Rockford Christian Life 25-6, 25-8 ...

"It would have been nice to have had a more competitive game," she said.

A night earlier, Eastland didn't allow Morrison a kill in game one of their match, but still gave up eleven points on their own unforced errors. Wednesday night in Lena, Aquin didn't give up a kill to Christian Life in game one, and only gave up six points – three on unforced errors, and three on s...