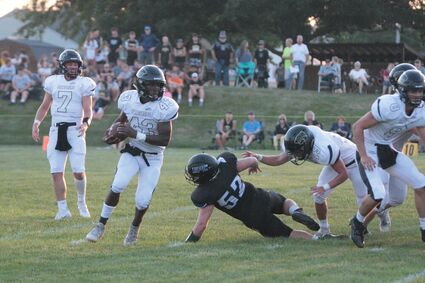 Ten different ball carriers got the ball against EPC as Lena-Winslow ground out 291 yards rushing.

A good football game between two very good teams can get out of hand quickly if you have too many turnovers. But if you have a team that is outmatched by their opponent, and they are the ones making the mistakes ... that's how blowouts happen.

Such was the case for EPC, who started out strong, but suddenly imploded in the second quarter as they turned the ball over five times to Lena-Winslow and got drubbed 54-6.

Early on, it was a game, and the Wildcatz were moving the ball. A screen pass from Kellen Henze was well executed, and EPC marched from their own 24 to the Panther 43 before bein...