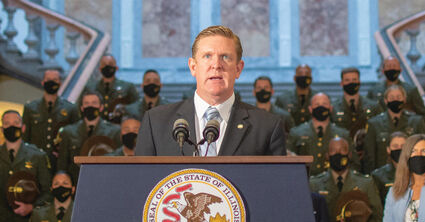 Nearly every county in Illinois lost population over the past decade, mirroring a national trend of greater concentrations of people leaving rural areas and moving to larger metropolitan areas.

That's according to the latest numbers released Thursday, Aug. 12, by the U.S. Census Bureau showing detailed population numbers from the 2020 census for cities, counties and small geographic areas.