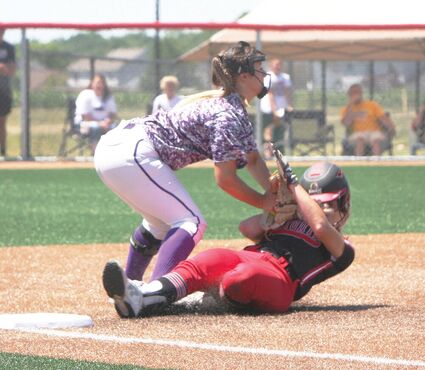 Payton Meier's tag at third, lifted the back of Brown's helmet, so when she slammed her head into the carpeted concrete surface ... there was no protection, and it knocked her out cold.

When you think of playing softball, the one thing that almost never enters into anyone's mind is that it might be a game of attrition ... but Wednesday afternoon in the IHSA Class 1A third place game, the Broncos and Knights from Arthur Lovington/Atwood/Hammond ... ALAHA for short – was determined by who survived the onslaught of strange plays that knocked players out of the game.

The Knights came in with a superstar on the mound in the form of Mackenzie Brown – a senior who had already accepted a Division I scholarship to play for Tulsa next season. And early in the game she demonstra...