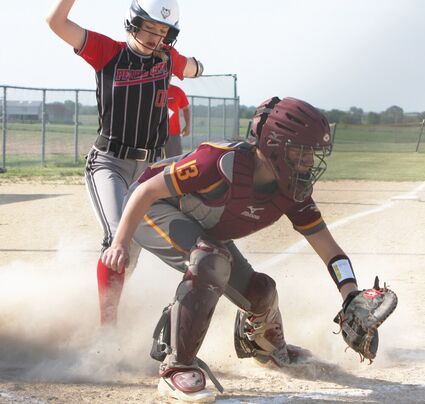 With the game tied at 1-1 in the bottom of the fifth inning, Pearl City's Sydney Wright led off with a double, then scored the go ahead run to pace the Wolves to the 3-1 win.

Sydney Wright has always been a solid addition to every Pearl City team she has played on, but is typically not the "star". But that all changed Thursday in Pearl City.

The Wolves were in a dogfight with Stockton/Warren as the Warhawks held a no-hitter through 3 and 2/3 innings, as Lauren Kehl was actually out-dueling Pearl City's Cheyenne Handsaker early on.

In the top of the third inning, Elaina Martin stepped into the box against Handsaker, who had only given up a first inning single, and had been mowing down Warhawk batters as her defense had to fight off being bored because they rare...