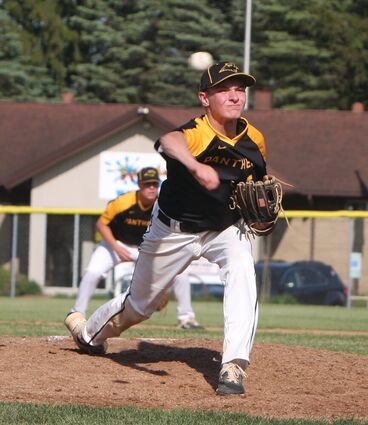 Drew Streckwald threw a four inning gem - shutting out South Beloit on only two hits, while striking out seven.

Drew Streckwald only threw four innings against South Beloit in the Lena-Winslow Panther's Regional opener, but he still got the complete game victory – allowing only two hits while striking out seven (including five of the last six batters he faced).

It would have been nice to see him pitch longer, but the Panther offense wouldn't let that happen as Lena-Winslow blasted out 17 hits, while taking advantage of six Sobo errors as they spent more time running around the bases than covering them on defense in what ended up a 15-0 mercy rule victory with two outs in the bottom of the fourth i...