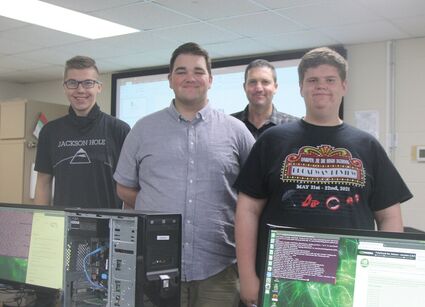 Doug Meyers' Career Tech Computer programming students approached him with an idea as the school year was winding down.

"We wanted to actually build or do something," said Chase Descheemaker. "It was like, 'What could we do to help make life easier?' And we came up with the idea of the thermal thermometer."

Previously, their teacher – and every teacher for that matter – had to hold a thermometer up to their forehead as they entered the building. So the idea was to cut down on those steps by using thermal cameras that would take student temperatures as they walked by.