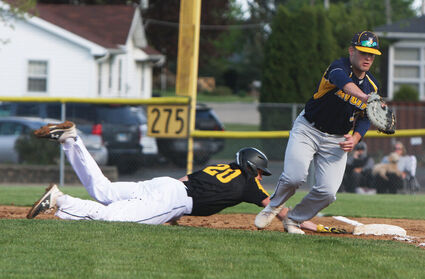 Cougar batters started off slowly, but heated up in the third inning as they scored 5, 3 and 4 runs over the third, fourth and fifth innings to claim a ten-run rule win over AFC at home.

Rogers, Henze and Burkholder loaded the bases in the third inning to set the table. Cropper drove one in with a sac fly, then the Baber twins blew the game open as they reached on an error and a walk – both eventually scoring themselves as Eastland plated five in the inning.

On the day, Rogers scored three times, while Henze, Burkholder and Hec...