Working Past The Jitters 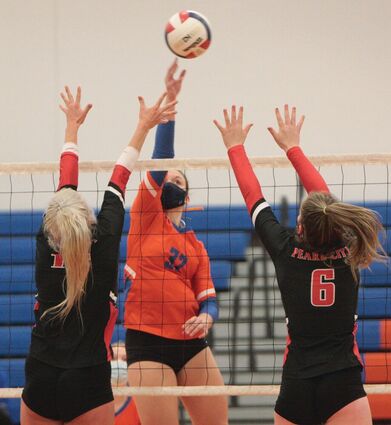 Karlie Krogman collected ten kills in the match, but most were strategically placed tipped balls to the open area.

The Eastland Cougars needed to find some answers after a very flat performance against West Carroll. Yes, they won, but going three games against a team that has been struggling this season at 5-9 was a slight cause for concern.

Game one against the rival Pearl City Wolves didn't do much to settle the Cougars down as Pearl City was playing a strong game – limiting their errors, while playing strong at the net with nine kills and a pair of stuff blocks against the Cougars.

Meanwhile, Eastland was making far too many mistakes – ten in game one – as kills went long, and they had a pair...