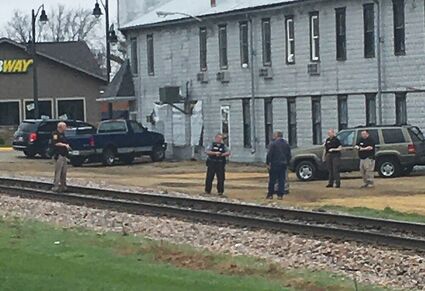 Sheriff's Deputies and a Negotiator had the suspect stopped and tried to talk with him for more than two hours until he raised his weapon - forcing them to shoot.

Businesses in downtown Lena were locked down and ordered to evacuate, while the School District was put on a soft lockdown after an armed man was reported to have entered Citizens State Bank Friday morning.

An officer arrived in the area of Ci...