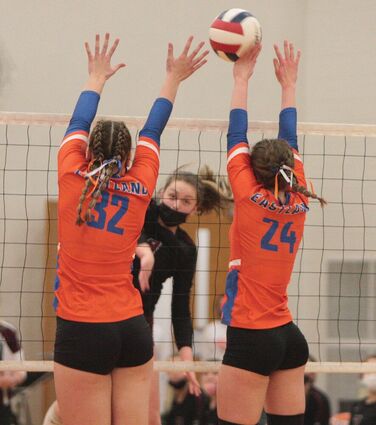 Both Dakota and Eastland came into their non-conference battle Monday night with only one loss ... to the exact same Rock Falls 2A team – so bragging rights for best 1A school in the region was on the line. And while both teams made big rallies and strong play on both sides of the net, in the end it was the Indians who simply had too much strength with their outside attack in the 25-22, 25-22 victory.

In game one, Eastland was a bit out of sorts as they made more unforced errors in one game than they normally make in a match.