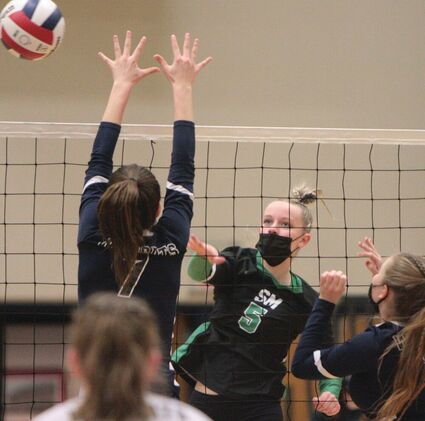 The Scales Mound Hornet starting lineup Tuesday at River Ridge featured two freshmen, two sophomores and only two upper classmen. But you never would have known it from the way they played the game.

"I know we start freshmen, but they don't play like freshmen," said head coach Nicole Busch.

That point couldn't be argued.

Leading the Hornet assault was freshmen Anniston Werner, who dominated the match to help lead the Hornets to the 25-11, 25-17 sweep over the Wildcats. Werner tallied eleven kills, two ace serves and a stuff block, while no other player on the floor for either team had m...