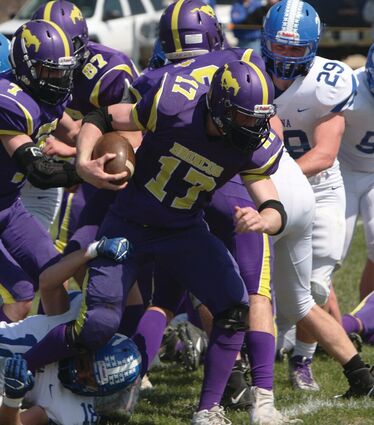 At some point this season, the Orangeville Broncos are going to put together two complete halves of football. And God help their opponent when they do.

After sputtering and shooting themselves in the foot throughout the first half of their conference battle against Galena Saturday in Orangeville, the Broncos were lucky to only be down by one score at 7-0.

Galena had caught Orangeville completely off guard on a pair of sweet misdirection plays. The first was a pass to the tight end, Will Nack, who began to block like it was a run, then rolled off into the right flat where he was all alone....