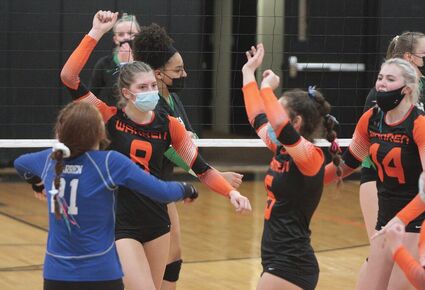 The Warren Lady Warriors put their game together in game three to claim the victory over Scales Mound.

Unlike any other sport, in volleyball you can earn points by executing well offensively, or you can also give your opponent points by making mistakes. In Thursday's conference battle between Warren and Scales Mound, the mistakes dominated the statistics.

In game one, Warren had trouble doing anything right as the Hornets charged out to an 8-0 lead but only earned two of those points.

"We want to be aggressive," said Warren head coach Sadie McGowan. "But when you make mistakes you tend to pull away from being aggressive and try to be safe with tips."

The Warriors never got their game on...