One In, One Out 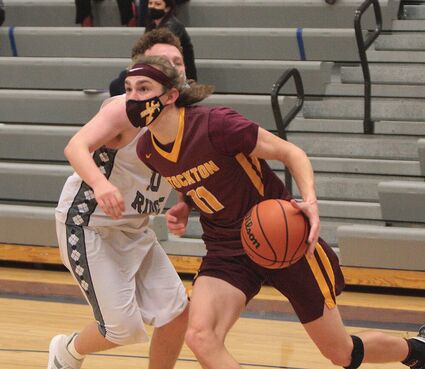 The River Ridge Wildcats had just recently lost their scoring leader as Caden Albrecht was still out after suffering a high ankle sprain in the win over West Carroll. That loss of offensive talent made scoring difficult – especially against a solid defensive team like Stockton.

Meanwhile, Stockton had just gotten their big man back as senior Bryce Smith was gutting things out in spite of having missed almost a full year of sports due to a torn knee ligament.

"He told me that this was the only sport he planned on playing his senior year, and his parents were fine with him playing, so ......